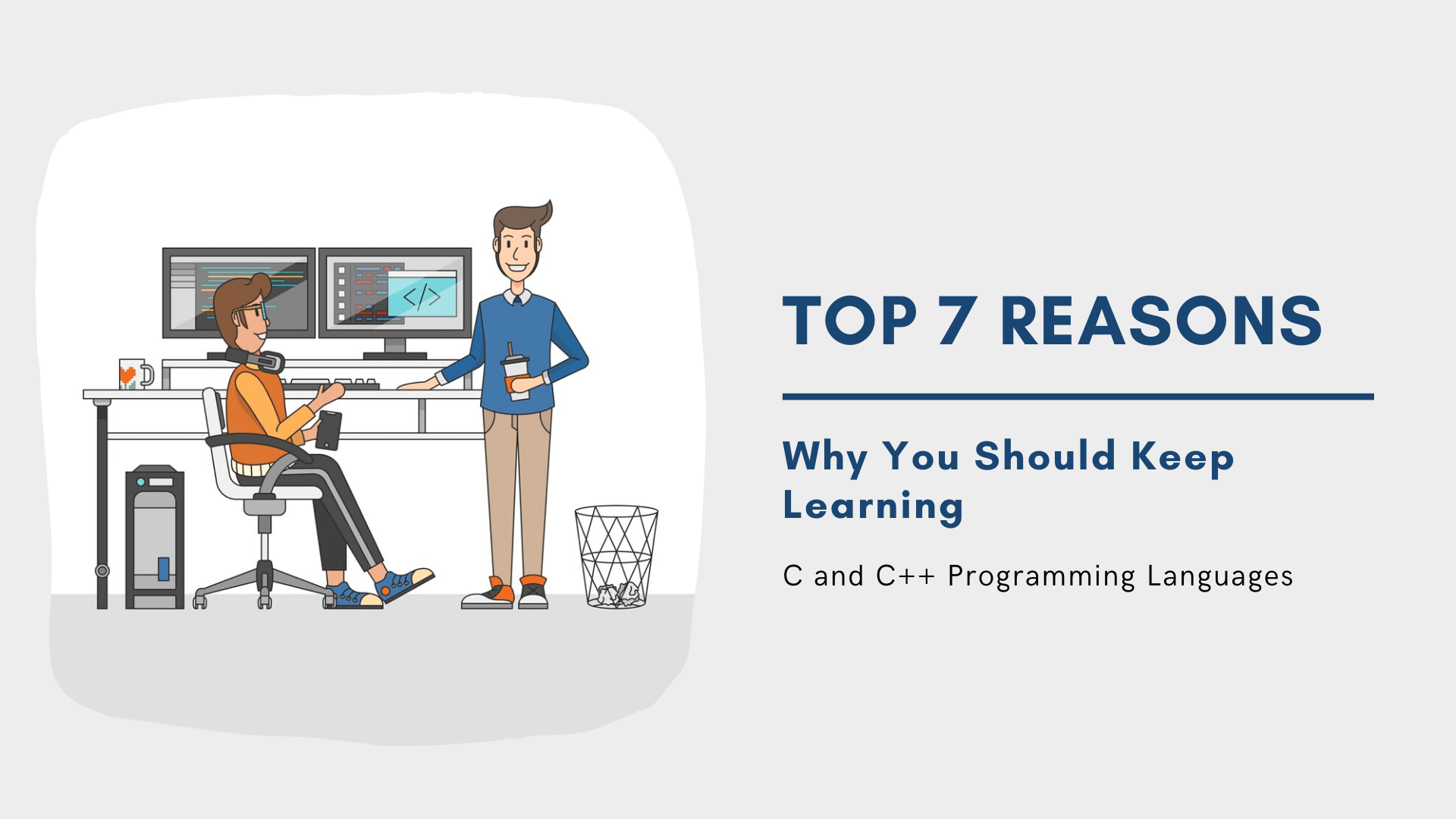 C++ is a programming language you will see everywhere from virtual reality on earth to exploration on Mars. The general-purpose object-oriented language is used in search engines, movie productions, air travel and several other places. It is the third most energy-efficient and high-performing programming language. The main uses of C plus plus language include gaming, operating system and browsers.

If you are still thinking about the reasons to learn C++, read through the following article.

YOU MAY ALSO LIKE : Basic C and C++ interview Questions And Answers For Freshers

Game development requires intensive resources that include incorporating advanced graphics and facilitating multiplayer sessions. C++ proves itself efficient in all these features. It allows communication and manipulation of the hardware to control memory management and optimize the application for speed. C++ has been used by game developers to develop popular games like Counter-Strike, StarCraft, KingQuest, Football Pro and World of WarCraft. The language is also used in the development of gaming engines like Xbox, PlayStation and Nintendo Switch.

The speed and strongly typed nature of C++, make it perfect to develop operating systems. All the major operations are developed using C++ in combination with other languages. Windows, Ubuntu, Linux, Android or ios are all developed using C++. The features of C++ being a low-level language allow programmers to manage speed even in the small elements of the operating system.

The hardware and software are closely connected in the embedded systems. Here, the use of C++ fits perfectly. The IoT(Internet of Things) devices include these embedded systems that rely on C++. The devices include Smartwatches, TVs, medical devices or TV systems. IoT devices have to run on limited computing resources and strict power requirements. Hence, C++ aids the programmer to make these systems efficient to run.

The use of C++ goes primarily for developing databases. These databases form the backbone of premier software applications such as YouTube or Google. It is because C++ is a modern language and supports features like lambda expressions, and exceptions. The databases built using C++ include MemSQL, MySQL, and MongoDB. It supports these structural databases to support efficient storage.

C++ is a lower-level language. Additionally, it is also closer to the hardware. Hence, the language is also used for building compilers for other programming languages. It is used as a backend programming language in many compilers. The GNU Compiler collection is written most with C++. It is all possible because of compiler bootstrapping.

Advanced computation and graphic requires large amounts of data to adjust the complex animation and interactive UI. C++ makes it all a seamless process and makes data handling easy. C++ is also an efficient language for AR/VR applications. The constant data requirement for handling camera adjustment is handled efficiently by C++. The lower latency and high-speed programming language are perfect for developing AR/VR applications.

If you ever observed, you will find C/C++ as backbone for many advanced programming languages. Whether it is Java, Python, Javscript or any other programming language, all are implemented either using C or C++. Simply, by knowing the syntax or libraries of the programming language would not help you become a good programmer. You have to understand the basics of everything, and that is nothing but C/C++!

In today’s fast-paced world, highly performance driven applications are crucial. Being a developer, you might be following industry-best practices for implementing a variety of solutions that can perform well. But learning C/C++ would help you gain better performance insights. You can drill-down to low-level programming and identify the root cause and improve the performance of any application.

Do you know about computer networks, OS, architecture or compiler theories? Well, these are the basic pillars of today’s advanced programming languages. If you have not learnt C/C++, you will never come to know such basic and important computer fundamentals. Learning C/C++ programming language will enable you understand such fundamentals easily and help you design protocols, API interfaces, and reliable applications.

Whether you are talking about the operating systems, web browsers or desktop applications, C/C++ is everywhere! If you Google about the languages used to design operating system kernels, you will come to know that Windows, Linux, Android and even Mac/iOS are written in C language. All the popular web browsers like Chrome, Firefox, Safari are powered by C++ . Moreover, if you are a game lover, you will be surprised to know that many advanced game engines are designed using C/C++ only!

If you are working in C/C++, you will come to know that interfaces are properly defined and standardized in C language. This means it can be used by any modern programming language as you can use it with different compliers or different versions while coding and compiling it. However, the interfaces are not standardized in C++, which causes certain challenges for the developers.

As compared to any other languages, C/C++ programming languages are more performing. Of course, there are many languages which are brining high performance, but if utilized properly; C/C++ language can be faster than Java! As mentioned earlier, since you have control on the resources utilized, enterprises relay on C/C++ when they are willing achieve higher speed while reducing resource utilization.

You might get confused about the last point, right? But it is nothing to do with learning C/C++! The point highlighted here is that not all programmers or students like to learn C++ because of its tedious and complicated structure. However, if you know C language, you will be able to survive whole your life as at the end C++ is the superset of C only!

C++ is an easier language to learn. It also has its applications in a wide range in the industry. Hence, C++ is still a rising and in-demand programming language in the market. It is present in almost every application and software we use regularly. Since its development C++ codebase has grown tremendously, and it has delivered millions of pieces of software for our use. From operating systems to the latest VR applications, C++ has contributed to developing a very wide range of applications. The closer vicinity of C++ with the hardware is ideal for developing the latest technologies of machine learning and the Internet of Things.

Statistics show the average pay of C++ programmers in India is Rs. 7.5 lakh/per annum. They are hired in government and private organizations at a high compensation amount.

Everywhere you look around, from your operating system to the smartwatch, C++ is involved in some way. Hence, C++ has a promising future in the market. The low latency and high performing language have solved many requirements. Hence, the demand for C++ programmers is always high in the industry. The community of C++ developers works in close net and is always ready to help. If you are planning for a bright future in software development, knowledge of C++ can fast forward your career. LogicRays Academy provides fundamental theoretical to practical knowledge of C++. Hence, kick start your career as a C++ programmer with LogicRays Academy.